Dennis Willis wanted to be a DJ so badly, he bought his own turntables and started playing for his neighborhood. Shorty after, he began spinning records on his local public access TV station as half of the D & D Rock Show at the age of 14. He’s made a name for himself as a movie critic: he hosts the weekly radio features At the Movies and Home Media Guide, which are heard on KGO Radio in San Francisco. He is a member of the San Francisco Film Critics Circle and the Broadcast Film Critics Association.

“I’ve had the chance to visit some great places. But Soundwaves will always be home.” – Dennis Willis

And while watching movies and going to award shows is fun, his first love will always be Soundwaves, the music program he produced and hosted for 25 years with creative collaborators that also happen to be great friends. As Soundwaves morphed from an after-school request program to a weekly music video showcase with revolving hosts, and eventually an annual holiday fundraiser, Dennis doubled down on the mission to create a musical space where he and his closest friends could play.

His first (and probably most recent) rock concert was Huey Lewis and the News.

“I won’t go so far as to say I sold my soul for Rock ‘n’ Roll. I’d consider it more of a Lease with an Option to Buy.” – Steven Kirk

Steven Kirk isn’t stuck in the ‘80s, but he certainly loves to celebrate the decade. In addition to his love of music, he’s enjoyed a long history in the performing arts (film, television, theater, commercials, music video, voice over & celebrity look-a-like). He has moderated countless celebrity Q&A sessions and has worked as a Media Spokesman for numerous companies with segments seen on E!, Entertainment Tonight, and CNN.

Steven has co-hosted Soundwaves with Dennis Willis since 1985 and did dozens of press junket interviews for FilmTrip. He is also an award-winning actor, producer and director in the theatre and has also had a long career as an announcer for radio stations in New York and California with formats ranging from Album Rock (SKY-101), Adult Contemporary (Y94FM), Easy Listening (WEZG) and Jazz.

His first rock concert was Cheap Trick on that famous 1982 tour, and he’s since seen McCartney, Ozzy, Madonna, the Rolling Stones, just to drop a few names. 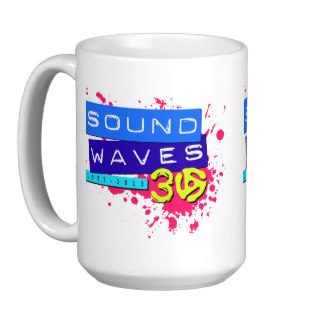